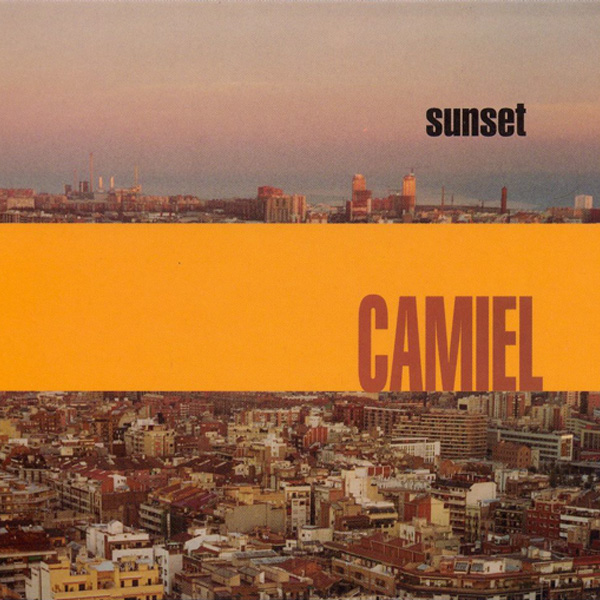 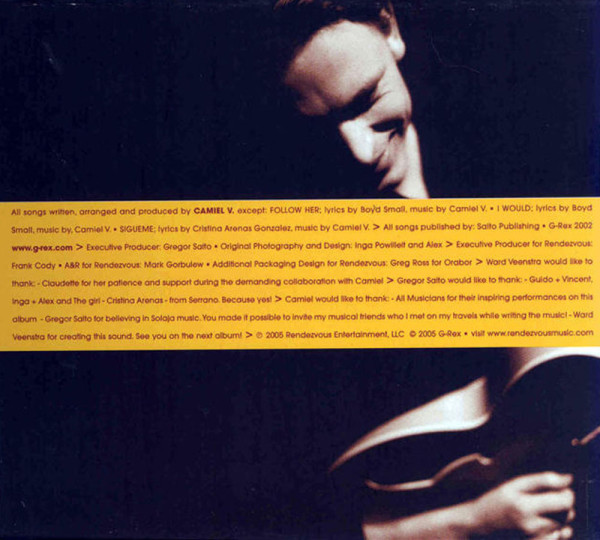 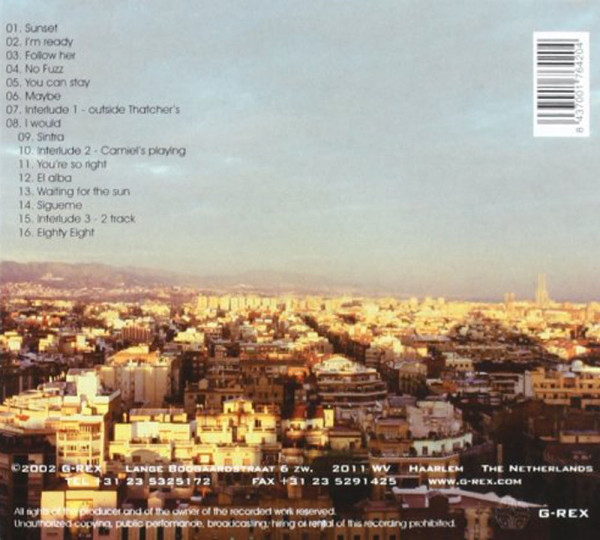 The first solo album by producer and multi-instrumentalist Camiel is right on the edge of being terminally precious. The largely instrumental tunes were created with the basic building blocks of the most soulless smooth jazz records of the ’70s and ’80s: twinkling electric piano, electric guitars sent through chorus and/or wah-wah pedals, acoustic guitars fingerpicked Spanish-style, Barry White-style orchestral sweeps, polite Latin percussion that’s there mostly for color instead of rhythm. There are even three songs (one of them in Spanish) that feature a Ken Nordine-like voice-over narrating a story about an anonymous bar pickup. In different hands, Sunset probably would have been terrible. What saves the album is Camiel’s knack for arrangement, which sets the verging-on-naff elements of the record against subtle electronics and hypnotic rhythm patterns that make the album sound witty and tongue-in-cheek instead of kitschy. More melodic than the average club/dance record and a little too upbeat to serve as downtempo mood music, Sunset doesn’t fit neatly into any trends, but it’s an oddly charming record.

This album is another wonderful find through my Pandora station. It’s exactly what’s needed on a balmy summer night (or any night, for that matter). It’s the perfect chill, laid-back vibe. The interludes, with the gentleman speaking, create another dimension within the work. It’s almost as though you’re watching a film. It’s thoroughly enjoyable.

If there were such a place as Hell, and I went there, the Devil would tie me up, put my headphones on me, and make me listen to smooth jazz 24/7 as my punishment. I can only take about 15 minutes of smooth jazz before I go batty. Yes, much of the musical idiom of this dazzling album reminds one of smooth jazz and stylistically it borrows heavily from that genre, but Sunset is etheric, beautiful music without an iota of the elevator music kitsch pervasive in smooth jazz. The best cuts are “You Can Stay”, a lovely, emotive, polished gem. “Sunset”, a downtempo classic with alternate lush and lively syths, sad, cool Rhodes underpinning, snappy drum line and a great guitar riff. The catchy, funky “Maybe”. The haunting electronica of “Waiting for the Sun” and….well, just say this is one of those rare albums without a cut you would want to skip or do without. This young Dutch musical genius combines guitar virtuosity that echoes Wes Montgomery and Larry Carlton with the arrangement and production skills of Quincy Jones or Kaskade,along with tasteful facility in electronic music. A brilliant Tour-de-force of chill jazz.

Got lucky and heard CAMIEL while traveling on the airplane from SanFrancisco to Japan. The song “I’m ready” is great! I couldn’t find it for the longest time, because I didn’t know who the artist was nor did I know the title of the song. But finally my local Jazz station interviewed him on the air and thus, I found out who it is. I HIGHLY HIGHLY recommend this CD. It’s nice and fresh. Not only Jazzy, but also kind of House, and a little Funk as well. If you have any ear for “musical” music, then you will enjoy this jammin CD.

This is one of my favorite records; if you like lounge, house, bossa nova, soul, R&B and electronica all rolled into 1 then this is your record. Beautiful, honest and touching – listen to “Follow Her” and “I Would”, as you’re treated to a man’s narrative as he details the initial meeting and subsequent hookup with a beautiful woman. Every single track is a treasure. Camiel wrote, arranged and played everything on most of these tracks, and this young talented Dutch artist deftly moves between genres and makes them his own. This is a must-have for any mature DJ or avid music lover!

You can be the first one to leave a comment.